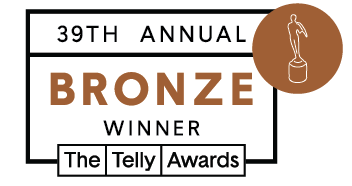 PDA is a proud winner of a 2018 Telly Award for our Every Box Has a Story campaign.

The PDA promotional campaign was judged by the Telly Awards  Judging Council and selected as a Bronze winner in the category Branded Content for a Promotional Campaign. Over 12,000 videos are entered and winners are hand-selected to be honored for excellence in television and video for all screens.

At PDA, every box has a story. Many of these stories start with imagination and come to fruition through ingenuity, tenacity, and dedication to working as a team. Our intention with the “Every Box Has a Story” campaign is to encourage all to consider the moments in our lives where packaging has an impact. We set out to bring the box to life: to give boxes unforgettable and meaningful stories. Boxes not only make our lives easier, but in many cases they make our lives possible. Learn more about the Every Box Has a Story campaign:

About the Telly Awards

The Telly Awards annually showcases the best work created within television and across video, for all screens. Receiving over 12,000 entries from all 50 states and 5 continents, Telly Award winners represent work from some of the most respected advertising agencies, television stations, production companies and publishers from around the world. The Telly Awards are judged by members of the Telly Awards Judging Council, a group of over 200+ working industry who have previously won the Telly Awards highest accolade and as such, have demonstrable expertise in the categories they review.

Recent Posts
How Can We Help?